With a day’s rest behind us, we convinced ourselves that we were ready for the three thousand foot ascent of Boulder Mountain.  We had a strong tail wind going for us, but at about three miles per hour much of the way it didn’t matter much other than making it very cold and windy at the summit.  I’m not sure at what point grade trumps wind but we would have traded our favorable tail wind for less pitch.

Rob was back from Bryce with his bike in the trunk of his car and once again scouting for us.  Of the three Forest Service campgrounds past the summit, only one was open for the season.  Singletree campground had only opened a day or two earlier and we opted to stay here rather than ride the twelve more miles into Torrey.  This was Rob’s last night with us before he had to head back to San Pedro to take care of some business so we drove in to Torrey and had a nice dinner.  On the way we drove to the Capitol Reef campground for a preview of tomorrow’s spectacular ride. 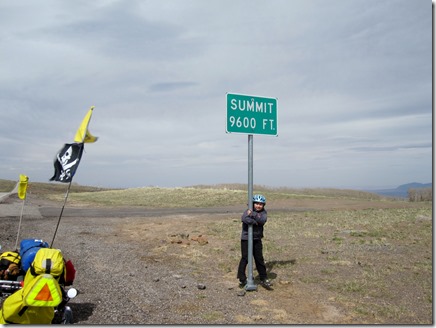 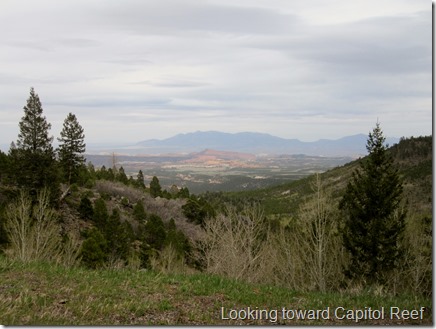