We gained over 3000 feet today, topping out at an elevation of about 3800 feet and averaging about 5 MPH.  A slow grind.  As always, these kinds of statistics can be found here.

We stopped at a conveniently placed fruit stand where we augmented lunch with some awesome strawberries and pears.  We enjoyed playing with the fruit stand dog who started out barking from a distance.  After we sat down to eat in a little garden area, the dog sat down a long distance away, staring at us.  Every couple of minutes we’d look up and he’d be sitting another few feet closer, still staring expectantly.  Eventually of course he was begging at our feet.  We didn’t feed him but did have a lot of fun playing with him.  I think Zoe misses her dog Sammy.

This was the first time we had to travel on the Interstate. We jumped the gun and got on one entrance too early—oops.  This worked to our advantage as the grade on this section of Interstate 8 was a lot better than the frontage road we prematurely left.  The only difference I could detect is that the drainage grates along the (very wide) shoulder were cris-crossed where they expected bicycles.  Before that point the grates ran in a tire-eating long, wide configuration that was parallel to the road.  We had to ride around these grates. Another difference:  no signage prohibiting bicycles on the section we were supposed to be on. Guess that should have been a clue but by then we were kind of committed.

This was also the first time we were able to camp outside an often non-existent campground without being considered a criminal.  Hallelujah!  We stopped at a Forest Service station to get a look at the map and so Zoe could hear first-hand, from a uniformed person, that it’s OK to camp out on forest service land.  In this area he said you technically need a permit (I don’t think that’s usually the case) but that they understand a permit isn’t practical for touring cyclists and that no one would care.

It was near dusk before we finally reached a Forest Service trail marker.  We pulled off, set up a nice camp, and achieved another first:  filling our water containers by filtering from a nearby stream.  It was not a first that by nightfall we were completely fogged in. Hmmm… 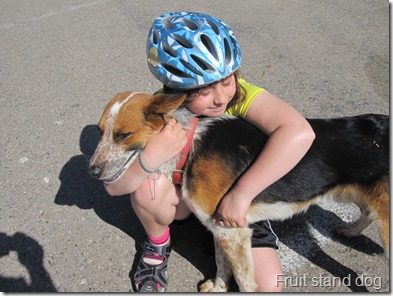 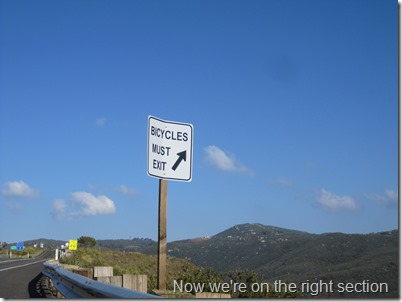 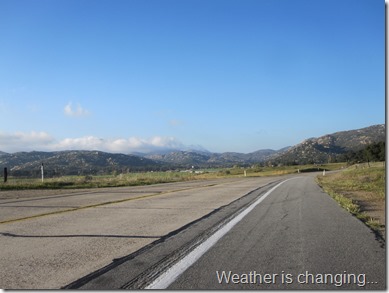